Here's a fun progression that's been pretty much invisible to auto commuters; the location is Water Street, N.W., Georgetown, a few hundred feet from where the CCT empties out.

Hibiscus Cafe put up a nice mural here some time in the early 1990s.  I never actually ate there - the first time I tried, it was a Monday and it was closed; and by the time I tried again, it was closed for good. 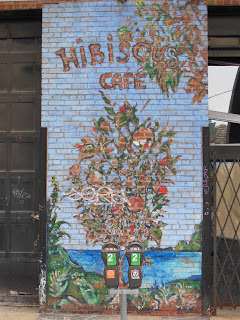 A fitness center / gym then occupied the site for a few years.  They closed in maybe 2007.  I liked that they never put up their own signage.

Only in March of this year did it occur to me to photograph the murals I'd been riding by for more than a decade, and good thing too because just a couple weeks later they were gone!  An outfit known as the Water Street Project moved into the space and painted over them. 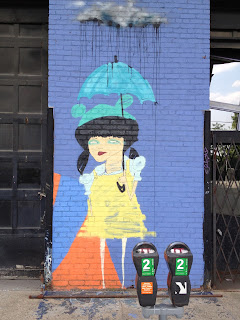 After only a couple of weeks the site was vacant again, the mural whitewashed altogether.  It seemed like an awfully quick demise for the new tenant but later I learned it was only a 10-day project, a flash gallery of some sort.  I wish they hadn't painted over the (IMHO) much more attractive and interesting Hibuscus murals for something that was going to come and go so quickly. 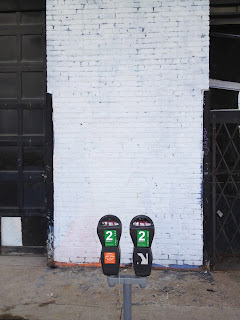 Within just a few days the new folks had put up their own sign - uninspired, but at least informative.  Malmaison is (according to the Georgetown Dish) going to be a "dessert bar and lounge".  I am not sure when it's scheduled to open.  Time will tell whether they come up with a more interesting exterior motif.  I doubt though that it'll last as long as Hibiscus's great effort, though. 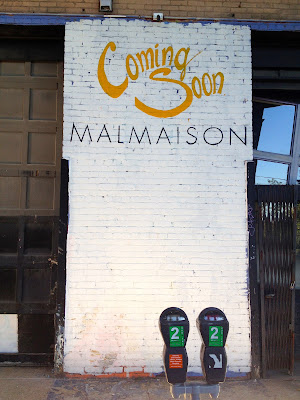